Built between 1900 and 1974, Parc Güell was conceived as an English-style garden city, which were becoming popular in the early 20th century.

There is several ways to enjoy a visit to the Parc Güell: on your own or with a guided tour. In any of the ways you choose this highlight of the city is a must in Barcelona. Here you can find a short list with the 10 clues to discover the secrets of this magnificent garden-park. Gaudí was years ahead of his time, his mind created figures and forms which are still newfangled today.

The 84 columns of the park´s marketplace was decorating by Jujol, one of the most gifted collaborators of Gaudí, creating vivid ceiling mosaics from shards of broken tiles.

An enormous bench, which functions as balustrade, ripples around the edge of Plaza de la Natura. Artist ranging from Miró to Dalí were inspired by its beautiful abstract designs created from colorful broken tiles. 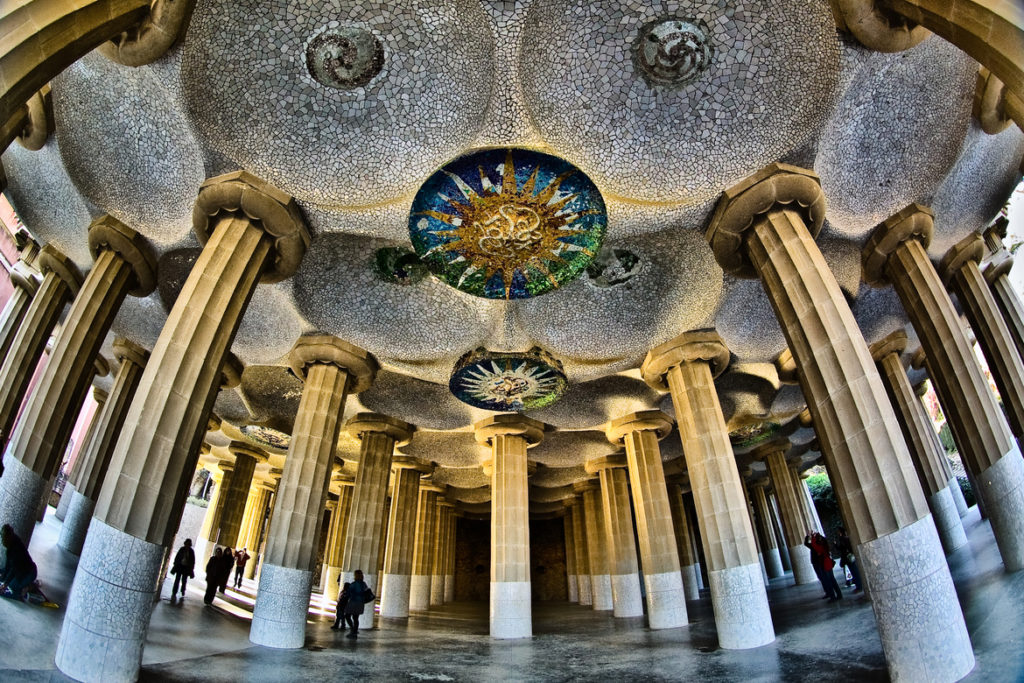 These beautifully manicured gardens are modern, laid out in the 1970s on what was originally destined to be a plot for a mansion. They are especially lovely in spring.

The porter´s lodge, one of two fairy-late pavilions that guard the park entrance, is now an outpost of MUHBA, and contains an Exhibition dedicated to the history of the Parc Güell

A fountain runs along the length of this impressive lavish tiled staircase, which is topped with whimsical creatures. The most famous is the enormous multicolored dragon, which has become the symbol of Barcelona.

Do you know… sadly, many of Gaudís ideas for Parc Güell were never realized owing to the economic failure of Eusebi Güell´s garden city. Among of these ideas was his design for an enormous entrance gate, which he intended to be swung open by a pair of gigantic mechanical gazelles.

Gaudí created three viaducts to serve a carriageways through the park. Set into the steep slopes and supported by archways and columns in the shape of waves or threes, they appear to emerge organically from the hill. 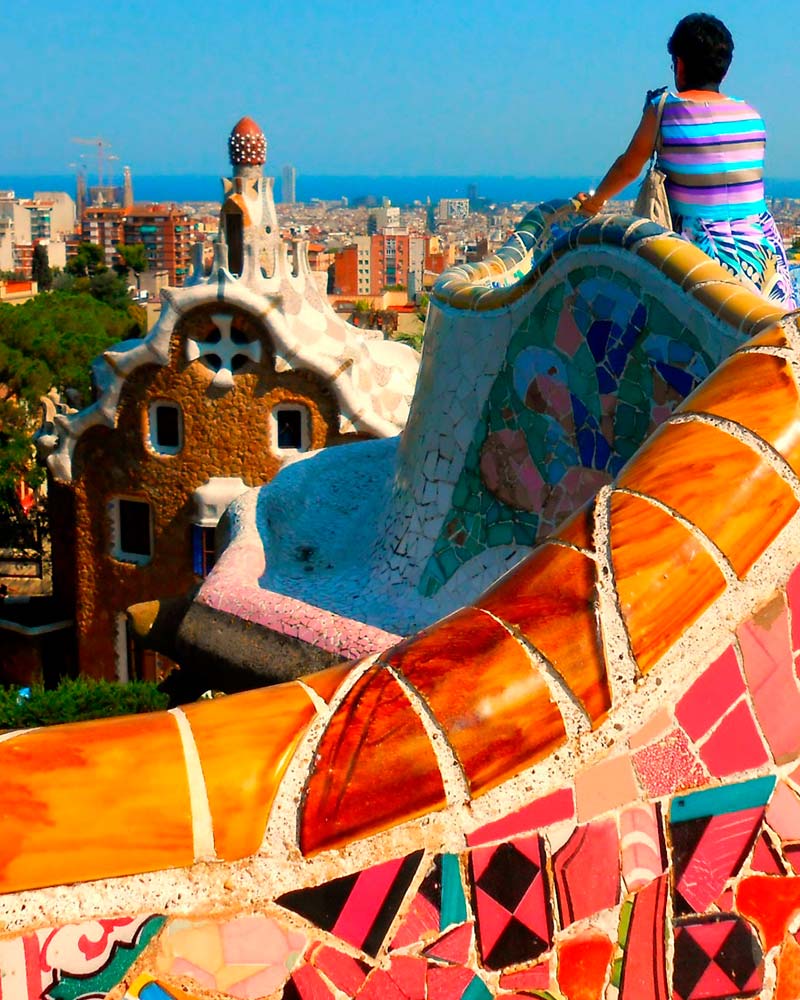 The park´s main square offers panoramic views across the city, and is fringed by a remarkable tiled bench. The square was originally called the Greek Theatre and was intended for open-air shows, with the audience watching from the surrounding terraces.

One of the park´s many pathways, this is known as the Portico of the Laundress after the woman bearing a basket of washing on her head, which is carved into an arch.

One of only two houses to be built in Parc Güell, this became Gaudí´s home and contains original furnishings and memorabilia. It is located outside the Monumental Zone.

Three crosses crown the very top of the hill, marking the spot where Gaudí and Güell, both intensely religious men, intended to build Parc Güell chapel. The climb to the top is very well worth it in order to enjoy the spectacular city views.

Travel Tip… It is a good idea to bring a picnic with you. While there is a restaurant in the park, it is expensive and always crowded.