There is a great deal to detain you in Barcelona, but just beyond the city are several sites eminently worthy of day trips. These include the holy shrine if Montserrat, the relaxed and pretty town of Sitges for beaches and museums, and the cava wine country in the region of Penedés 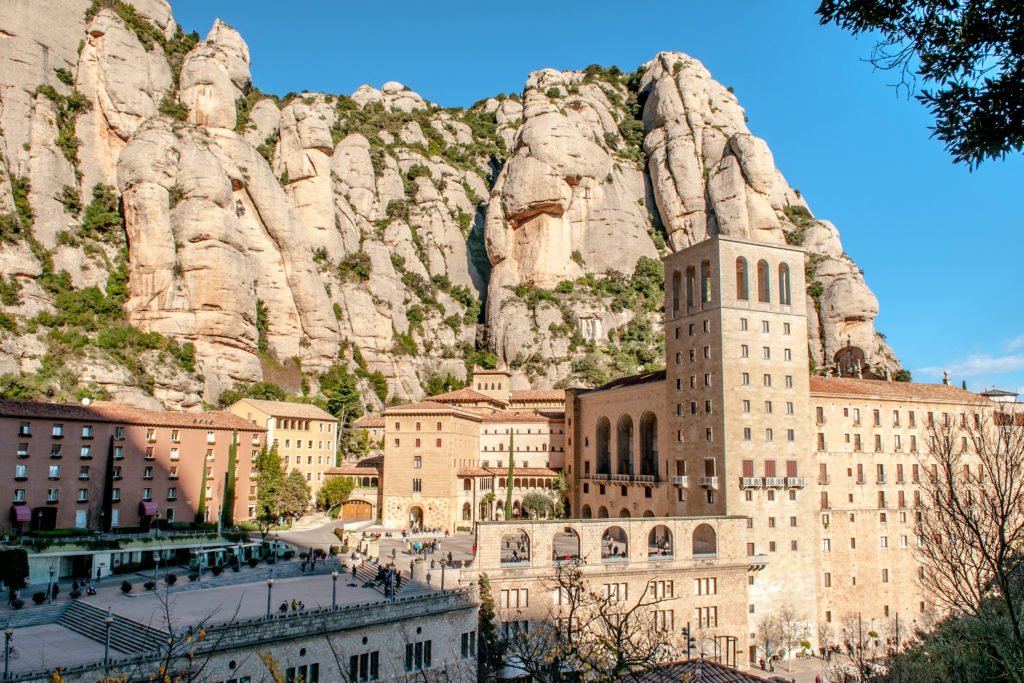 Montserrat, Catalonia´s most important religious retreat and the shrine if Catalan nationhood, rises out of the rather featureless Llobregat plain 48km northwest of Barcelona. The views from its 1241 metros summit can encompass both the Pyrenees and Mallorca, and the monastery itself can be seen from afar, surrounded by the jagged ridges that give it its name (the Serrated mountain).

The first hermitages on the mountain may have been established by those trying to scape the Moorish invasion. Once was enlarged as a Benedictine monastery in the 11th century and a century later it became the repository for La Moreneta, the Black Madonna, a small, wooden image of brown-faced Virgin (darkened by candle smoke) holding the infant Jesus on her lap and a globe in her right hand. More than a million pilgrims and tourists visit the shrine each year.

The site of the monastery is spectacular, lucked into folds of rock high above the plain. On the eve of the saint´s day, 27 April, the monks hold and all-night vigil attended by huge crowds. Each day the Escolans, the oldest boys´ choir in Europe, founded in the 13th century, fill the basilica with their pure voices (Mon-Fri 1pm and 6.45pm, Sun 6.45pm no choir June-mid-Aug)The monastery and its underground museum contain many valuable works of art.

Montserrat is also a popular goal for cyclist and mountain climbers who ascend the spires of rock above the building. From the monastery there are walks to other hermitages and a funicular to the Santa Cova, the cave sacred to the legend of the Madonna. Statues and plaques line the paths. Due to its popularity, Montserrat has a number of bars, restaurants and shops around the Placa de la Creu. For a peaceful visit, spend the night in the hotel or former monks´ cells. 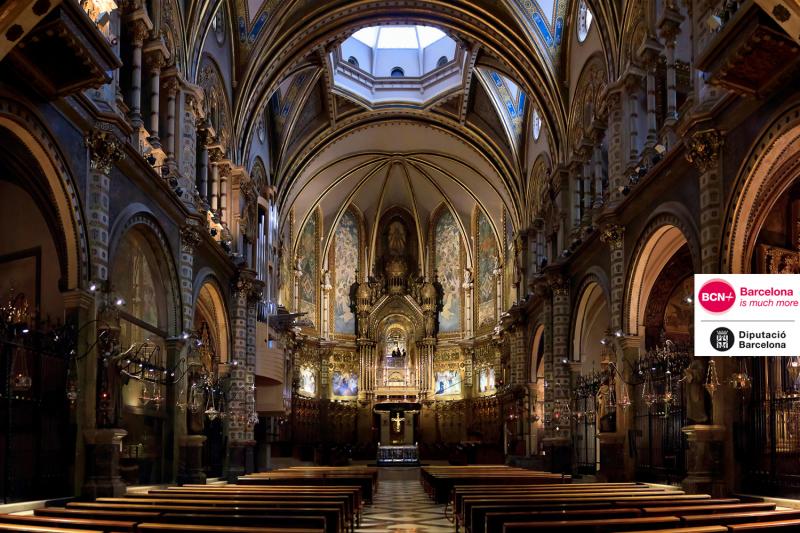 Montserrat can be reached in an hour by train from Barcelona´s Placa d´Espanya to either Montserrat Aeri, where the cable car continues up the side of the mountain to the monastery, or the next stop, Monistrol de Montserrat, where the more comfortable Cremallera train travels up to the monastery, for the same price. If you prefer a guided tour, there are several options to choose a guided tour by bus or a private tour. Also you can reach the monastery by car on your own way taking the A2 highway direction of Lleida.