Barcelona turned its back on the sea during the 19th century and focused on developing industry. The sea wall where the families loved to walk and catch the breeze on sitting summer nights was dismantled. 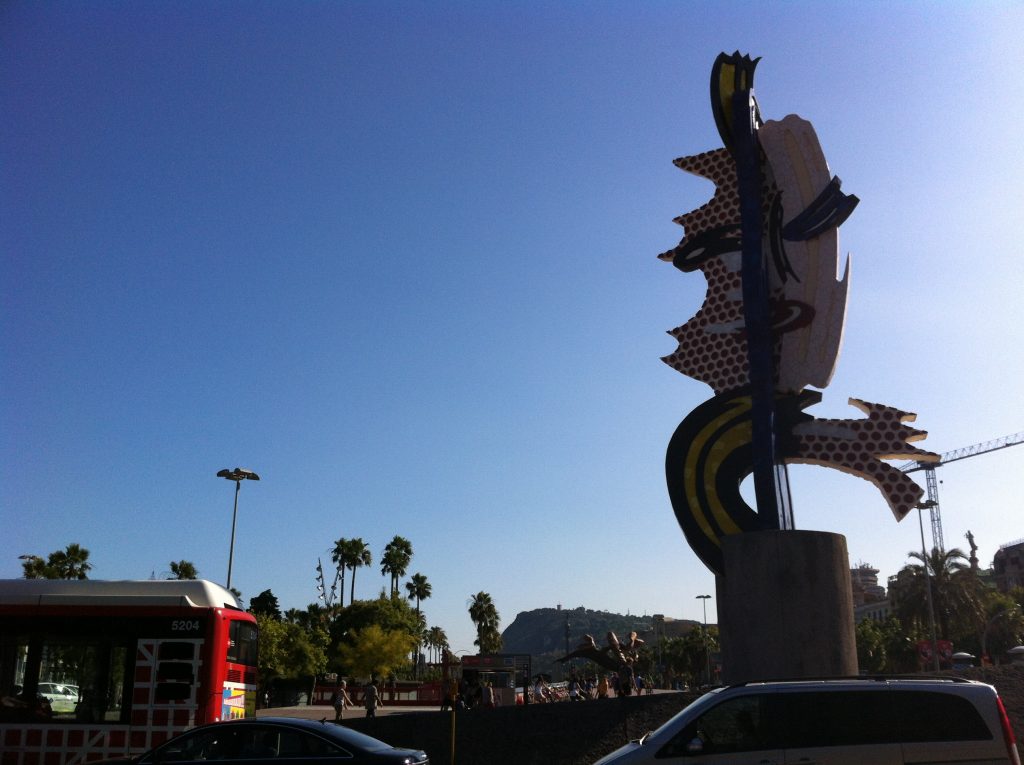 Access to the sea obstructed by warehouses and railway tracks and expansion proceeded towards the hills. Barceloneta, a neighborhood created in the early 18th century between the port and the beach as part of military initiative, remained a close-knit working-class community. However, things changed with the creation of an ambitious recreational and commercial area along the waterfront in the 1990s.

Begin a tour of the waterfront at the Columbus Monument, at the foot of the Ramblas. To the right is Les Reials Drassanes, now housing the Museu Maritim. The 16 bays of these great shipyards, which handled more than 30 galleys, launched ships that extended Catalonia´s dominion over the Mediterranean from Tunis to Greece, Sicily, Sardinia and much of the French coast.

The museum contains models from the earliest galleys to the cargo and passenger vessels that have made Barcelona their home port.

The Tip… “A perennial waterfront attraction are the ferries called Las Golondrinas (the swallows) moored opposite the Columbus Monument, These boats have been taking passengers round the harbor ever since the 1888 World Exposition. Sail during 1h 30 minutes along the sea front of Barcelona, through the old port, the beaches of Barcelona, from Colon statue, at Portal de la Pau, next to Drassanes dock.”

At the other side of the busy Passeig de Colom is an undulation wooden walkway and footbridge called the Rambla del Mar, Which stretches across the mouth of the Port Vell. It crosses aver the Moll d´Espanya and Maremágnum, a commercial centre plenty of shops, bars and restaurants, some with terraces which are a great place to sit and watch the harbor activity. Families head for L´Aquarium, one of the Europe´s largest aquarium. 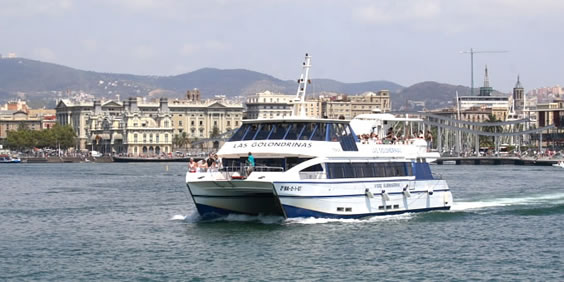 The port is busy with ferries, yachts, cruise ships… Overhead, cable cards link Montjuic with the Torre de San Sebastiá in Barceloneta and the World Trade Center appears to be floating in the harbour.

Heading towards Barceloneta you skirt the Marina Port Vell, a harbor for luxury batch and chic motor cruises. On the Moll de Barceloneta, the Palau de Mar houses the Museu d´Historia de Catalunya, which is fun as well as informative. Along the Passeig Joan de Borbó, which runs parallel to the quay numerous popular restaurants have outside tables.